The Village of Glaslyn was incorporated in 1929 and celebrated its 75th Birthday in 2004.

Like many small communities in the northwest, Glaslyn was promoted as a new frontier full of promise and we still believe this to be true. Homesteaders came from all over in the 1930's, when the land dried up down south, to this new unbroken land to make a life for their families whether they were coming to break land for farming, set up trap lines, or log the plentiful forests. 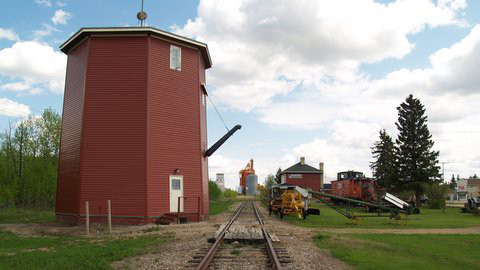 The railroad came through the community in 1926. The original CN Water Tower and Station House are now the site of a very impressive community funded Museum. The beautiful eight sided water tower is one of only two of its kind in Saskatchewan and was operating as the village's water storage facility up until the new water treatment plant was built in 1993. 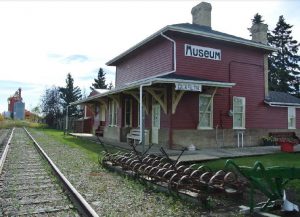 Glaslyn and District Museum housed in the restored 1926 CNR station.